Well for the last few days I have been very busy in my mum's garden. She has gone away for a few days & I decided to surprise her.
I had thought at first it would be a simple job, replace the 2 short panels that had broken, trim the trees & just put in a few plants. That was in my head, the reality was not the same.

The 2 small panels turned out easy, sort of, they just fitted into my car with the back door tied closed. Took out the old ones & slid the new in easy. Then I made the mistake of cutting back the trees, they are supposed to only be bushes. That's when I discovered the rear panels were totally buggered & had to be replaced too.

Now these rear ones being a boundary fence are 12 foot tall. Not only will these not fit in the car they have to be lifted & slotted into the concrete uprights. So off to B&Q. I can't believe that they only cost £2 more than the small ones but still at £21 each it adds up & all panels  came to £80. Now 2 panels on a trolley pushing up the hill all the way home, I was surprised to find my son actually helped. Not only that but he climbed the ladder to help slide them in. Took a while as we both ran out of steam, they were heavy & not easy to maneuver, not only that but I had to clear the rear alley way from all the rubbish that had been thrown there by the neighbours. I also had to cut some planks of wood down for the last panel as the size is not normal. 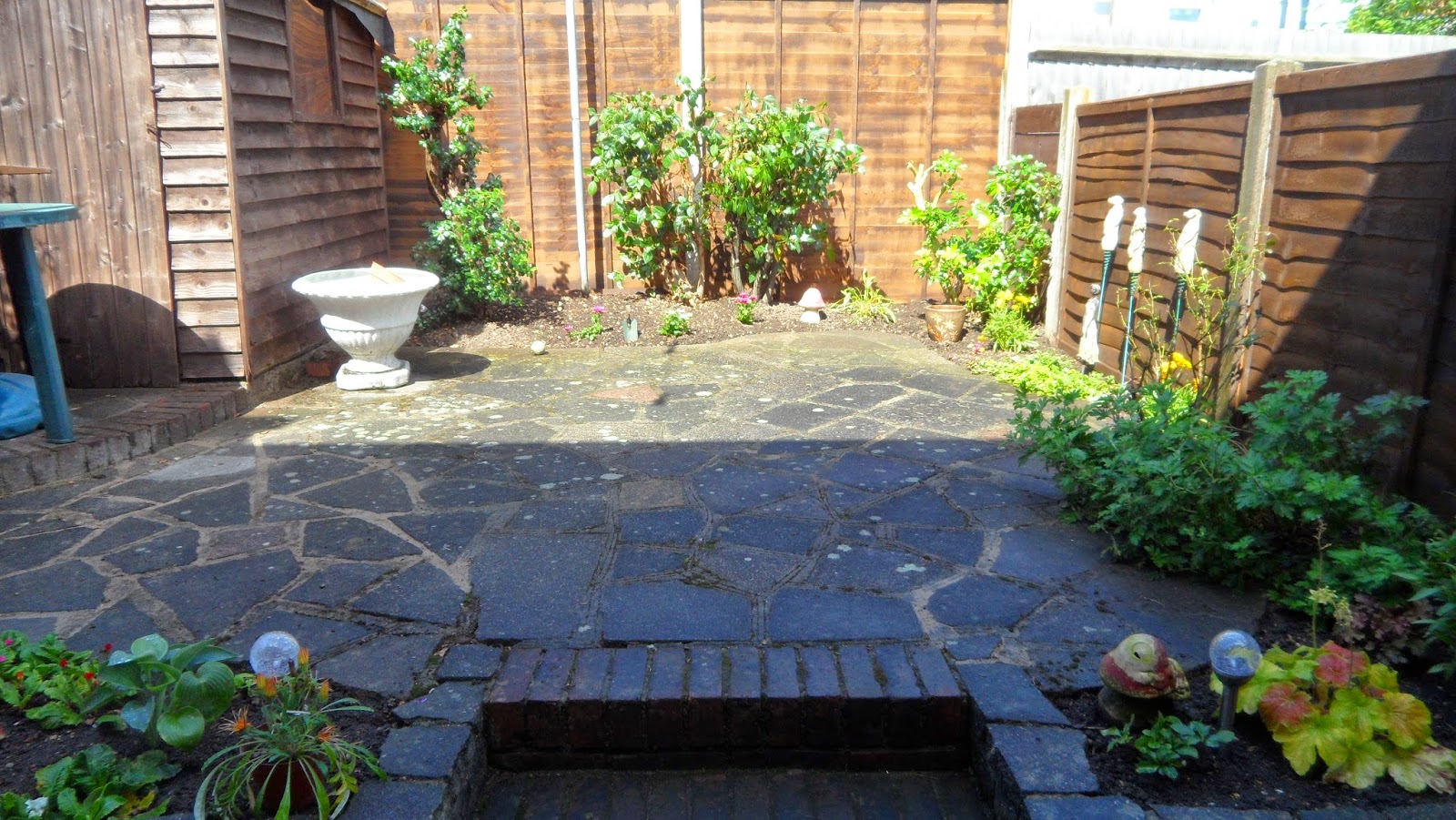 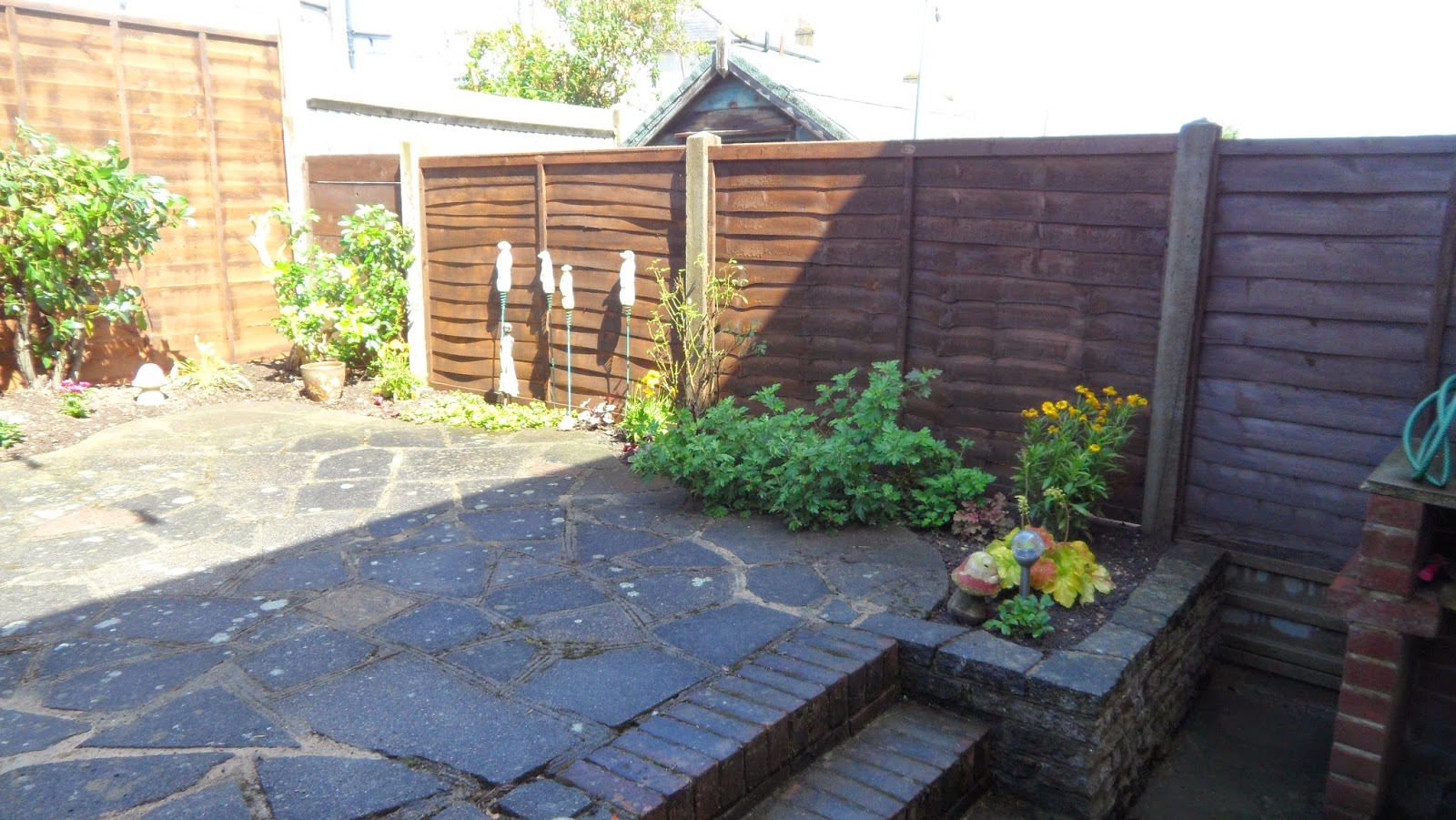 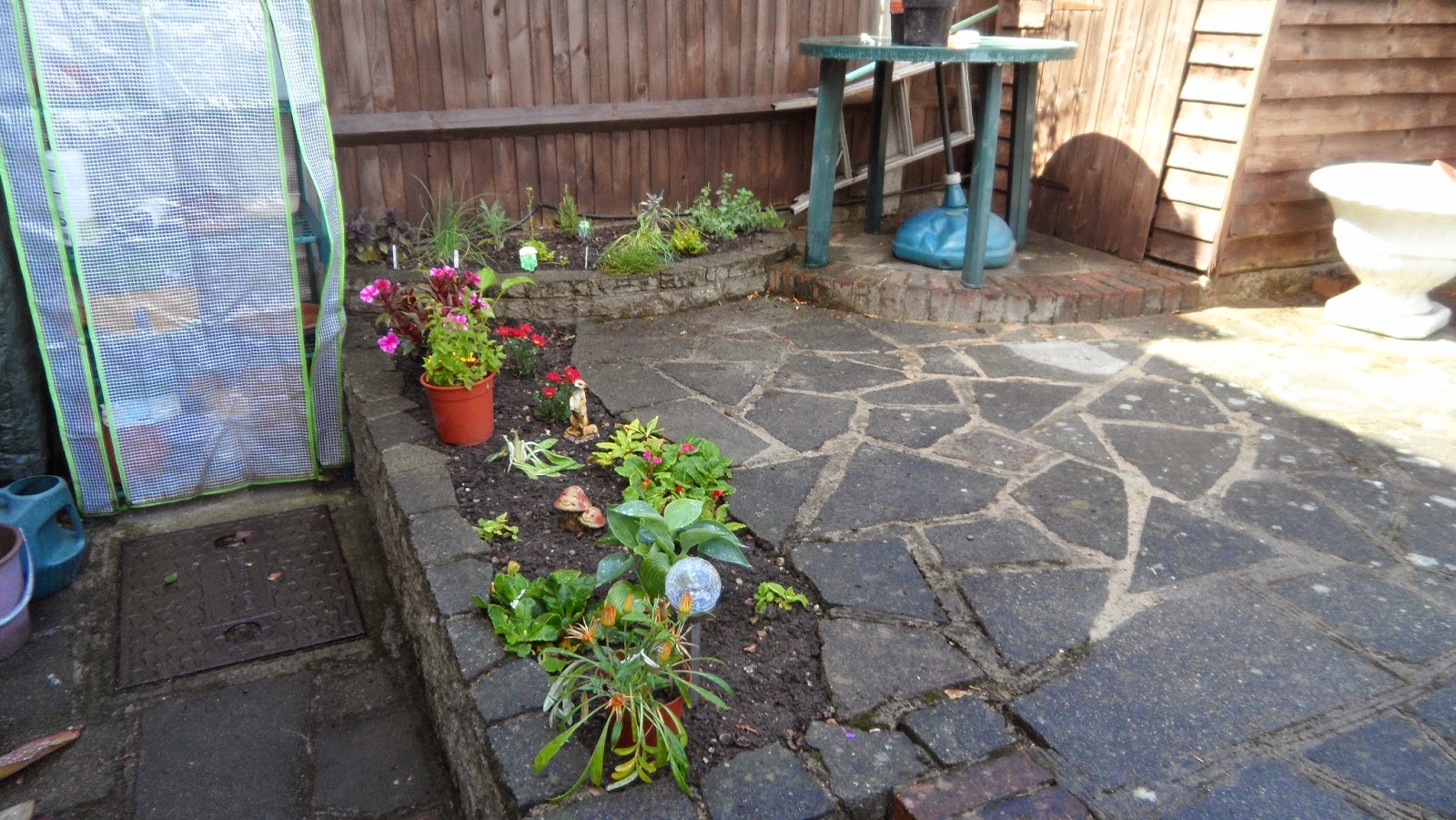 I then had to paint them all as mum had never done it with the old ones, another reason why they needed replacing. I put in lots of new plants & made a herb garden in the little half moon brick bit. 2 new solar lights. I also had to repoint some of the patio, there is still a bit needing to be done but rain has stopped play at the moment.

Today I raked & mowed the front lawn for her. I also recut the edge so it's nice & neat & crisp. A couple of new plants too, trimed the old ones & her rose bush which she planted far to close to the wall but I can't move it or I will probably kill it.

So she will have a nice surprise to return to.

Please note that I did return the trolley to B&Q.
Posted by Liz at 01:04
Email ThisBlogThis!Share to TwitterShare to FacebookShare to Pinterest