I'm back, well sort of

We have had a couple of nice sunny days lately (not today unfortunately) & I have been quite busy, only most of it not in the garden. I have had a lot of ups & downs lately & to be honest I'm not really sure what I am doing anymore.

So it was time to get into the garden. I have been pottering around for the last few months but without actually doing anything.

So off came the front of the compost "Dalek" & out has come most of the rubbish in it. I have sieved it & this time thrown away (dump) what hasn't rotted down. Most years I put it back in with the hope that it will eventually rot down & be useable, but then it never has. 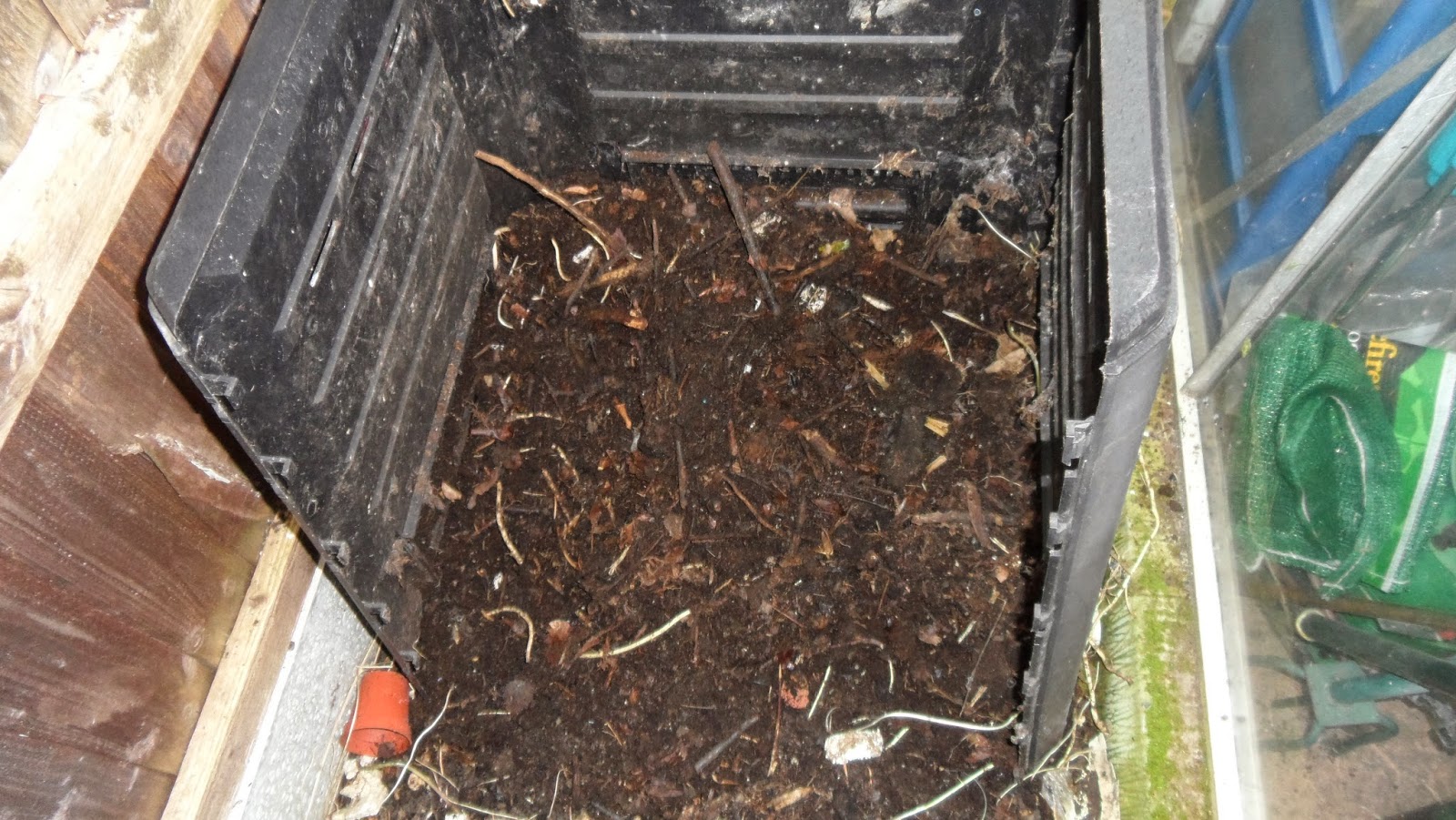 You can see lots of bindweed roots at the bottom, these have come through from my neighbour's, so this year I will move everything & try to get rid of all the weeds too.
The sieved compost didn't amount to much but it had been put into a tyre stack & my first lot of potatoes have gone in. I will earth them up as I get more compost out of the bins. I still have another stack to fill, I also need to get to the tyre place & see if I can get more.

I seem to be procrastinating too much.

I owed some sweetcorn earlier this month into toilet roll tubes, they have already sprouted & I have planted them into my box. I have left plenty of room to top it up with soil as they start to grow. This makes them much better anchored & stops them getting knocked over. They also need a lot of nutrients & water as they are in a very small area & I can do that better in the box than in the ground. Also the gap allows air to be trapped when I put the glass on top at night just incase we have a frost (which isn't really likely this far south). 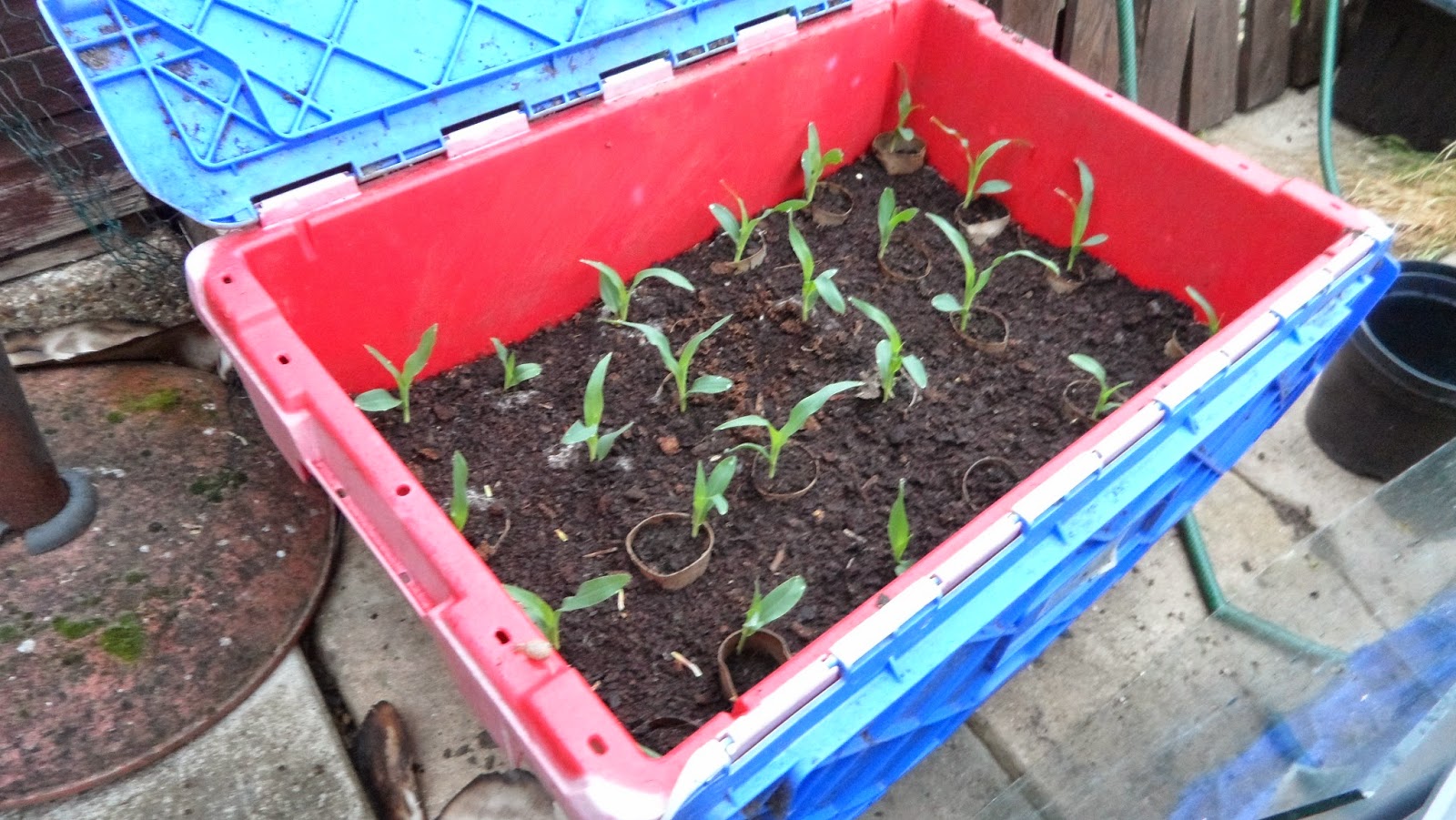 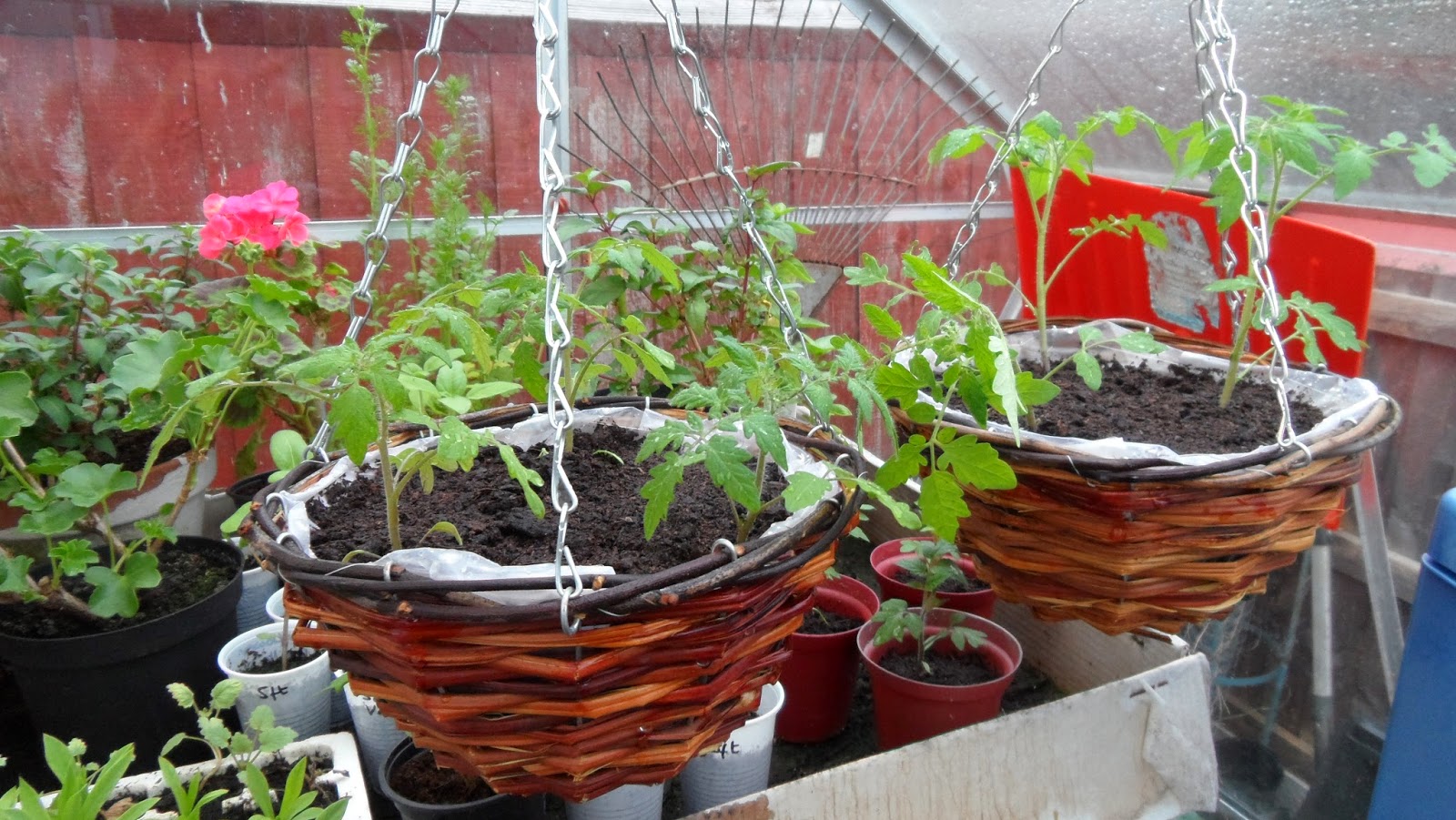 I have already taken off the bubblewrap. It stayed up really well in places, it didn't on the roof but that was due to the wind taking it off (the roof that is so of course the bubblewrap didn't stay up there).

Now, what else. Well the blueberries are doing well, lots of flowers. I built a planter for strawberries. Finally got it finished & planted up. Strawberries are flowering already. 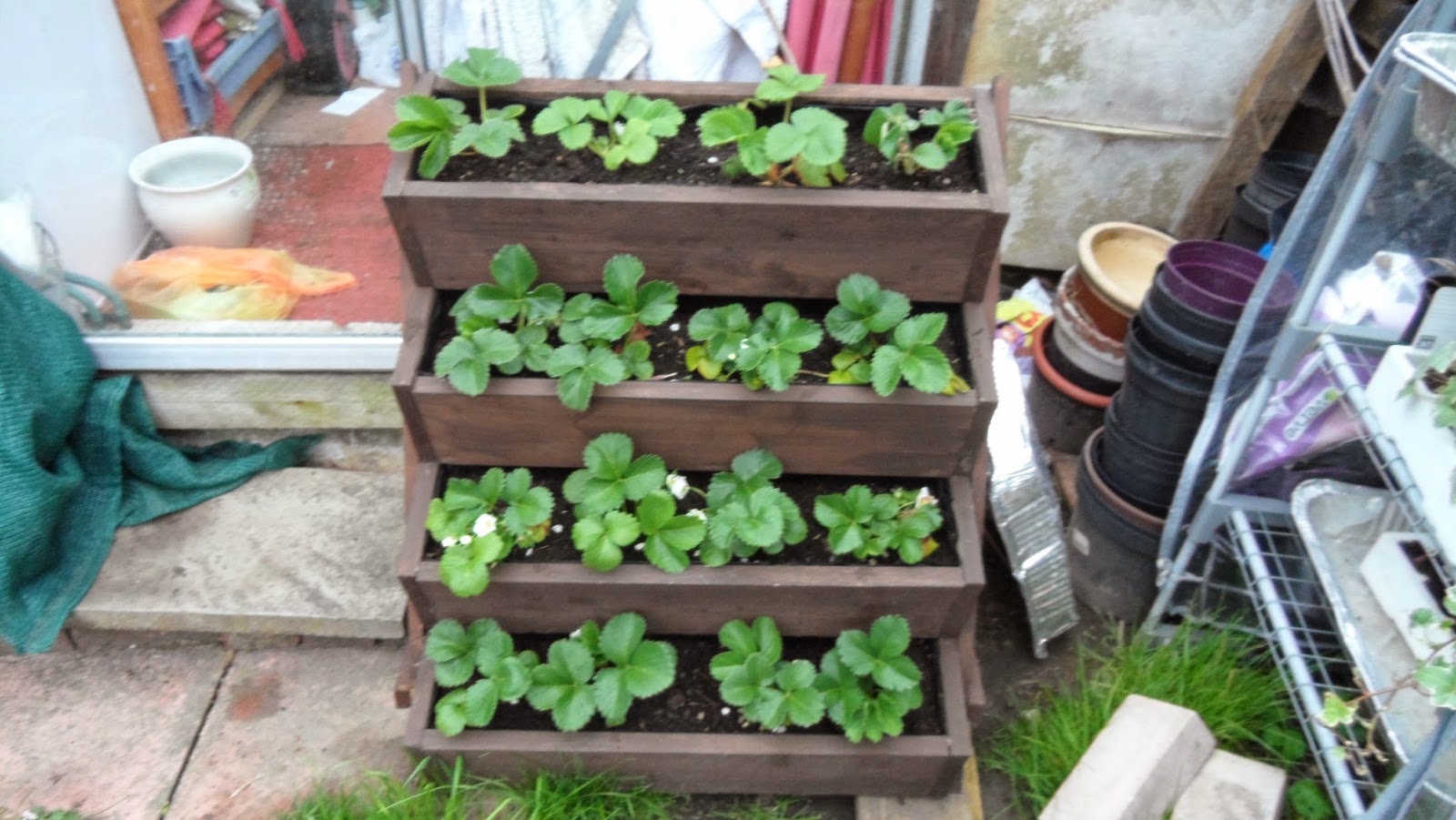 It's making it look like I have done so much, but I haven't really, it's taken me months to get this far, I just don't have the energy.

So, I will just take a look at my garden looking neat & tidy (header picture). Just a shame it's from last year. Oh, yes, I finally got my seeds & stuff from Spalding's, might as well have not bothered, half the stuff I had wanted was no longer in stock & I had to choose other things.

Too many things I had hoped to come this year haven't. I need to pull myself together & get on with what I do have. Stop thinking I can have better & accept what I do have is all I will ever have.
Posted by Liz at 19:58 2 comments:
Email ThisBlogThis!Share to TwitterShare to FacebookShare to Pinterest
Newer Posts Older Posts Home
Subscribe to: Posts (Atom)